Django is NOT The Hero Black People Deserve

There was a lot of talk about the excessive use of violence and the n-word in Django. The criticism is personally hard for me to get. As a non-American, it’s hard to understand the powerful connotation of the word. I know the context, I know some of the facts, but the concept of eliminating a word from your vocabulary, except for a chosen few – black people and Louie CK – is hard to understand. There’s just a single comparison that arises: most of the times I hear the n-word (not nigger by the way, but actually the n-word), it takes me back 10 years, back to when I was reading Harry Potter and the Philosopher’s Stone for the first time; sitting in the Hogwarts Express, watching people shivering and twitching, adjusting in their seats, and contorting their faces at the mention of a word, “Harry, it’s He-Who-Must-Not-Be-Named.”

Despite the fact the horror for a particular word feels alien to me, I can understand it. It’s associated with a dark period in America’s history. It’s both synonym of pain and oppression for African-Americans, and shame and guilt for white people. Even understanding its power, if I had a problem with the word, I don’t think I’d have a problem with its use in Django; historical accuracy should be enough to make it a non-issue.

“Personally, I find [the criticism] ridiculous. Because it would be one thing if people are out there saying, “You use it much more excessively in this movie than it was used in 1858 in Mississippi.” Well, nobody’s saying that. And if you’re not saying that, you’re simply saying I should be lying. I should be watering it down. I should be making it easier to digest.

The problem resides elsewhere. Not in the movie, but in its interpretation. Many have interpreted Django as a heroic black man, almost an attempt at redemption. A figure that empowering to black people. Tarantino gave the motto for this interpretation with his initial response to Krishnan Guru-Murthy, Channel 4 News, in his famous “I’m shutting your butt down!” speech.

“I wanted to give black American males a western hero, a cool, folkloric hero who could actually be empowering.”

Some other critics have gone along with Tarantino:

“Quentin Tarantino is the only filmmaker who could pack theatres with multiracial audiences eager to see a black hero murder a dizzying array of white slaveholders and overseers.” By Jelani Cobb in The New Yorker

“He is 2012’s first black movie superhero at a time when most big-budget action films relegate people of color to cool sidekick or tough boss archetypes.” By Eric Deggans in Tampa Bay Times

Django is an entertaining movie. It’s wonderful in the many ways most Tarantino movies have been over the years. It’s masterfully crafted and… bla bla bla. But Django is NOT a hero. Not a good one, at least.

In the beginning of the narrative, Django is freed by a white man. A German white man. His freedom isn’t achieved by overcoming trials and obstacles. His actions don’t lead to his freedom. His freedom is bestowed upon him by chance. He’s found in the darkest of night, in the middle of nowhere.

It doesn’t matter if you’re born a slave or that you’re black; it doesn’t matter you’re shackled to four other men. You’ll do fine, as long as you have a valuable piece of information for a white German dentist.

From the moment he’s freed, it to become plain to see that Django is not a regular slave. Tarantino works hard to point it out. It starts out subtly:

In the first moment, Django is one among five slaves, hidden in the background. Tarantino makes it his point to put him in the end of the row, as if shying away from the audience. In the second moment, he sheds his tattered blanket, a symbol of his slavery. He does it in slow motion, becoming an imposing figure, while passing by one, two, three, four slaves. By doing so, he detaches himself from the slave stigma, never to return. 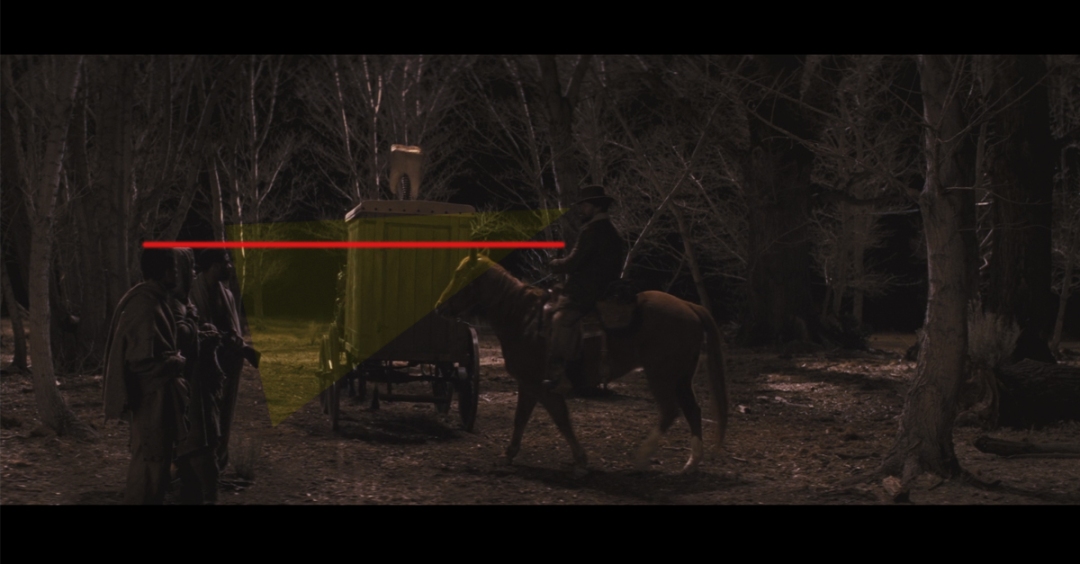 This is the first time we see Django getting the oportunity to look down on his former peers. Notice how he stands higher than all others. Granted being on a horse will simply make you taller, but Tarantino insisted on shooting his scenes on a horse at the slaves’ eye-level several times throughout the movie.

The last frame is part of an epic sequence where you can see how different Django looks since his slave days. How much he stands out from the background. If you close your eyes you can still see the blue light emanating from him:

There’s a meticulous effort to make Django stand apart. He’s called the exception: one to ten thousand. He accepts and even  embraces his uniqueness.

A hero doesn’t stand apart from the people he represents. Could a black man put on bright blue garments, made of fine silk and lace, stand above all, looking down contemptuously? Could he proclaim himself a rarity and still convince millions of black people to join him and believe his dream?

A different aspect of the movie brings me to one of my favorite Kurt Vonnegut novels. In Mother Night, Howard W. Campbell, Jr. was a spy during World War II. Years later, he faces trial in Israel as a Nazi war criminal. In the book we are in constant doubt as to the guilt of the main character. It finally comes down to this memorable sentence:

Django becomes Dr. Schultz’s valet, just a fancy word for servant. As his valet, he plays the role of Schultz adviser, an expert in Mandingo fights.  To play that role he has to act superior to the other black people:

He has to witness vicious violence, but looking cool while doing it is his option. His character’s option.

Later on, he even stops Schultz from saving a helpless slave from being mauled by dogs, in one of the most violent scenes in the movie: 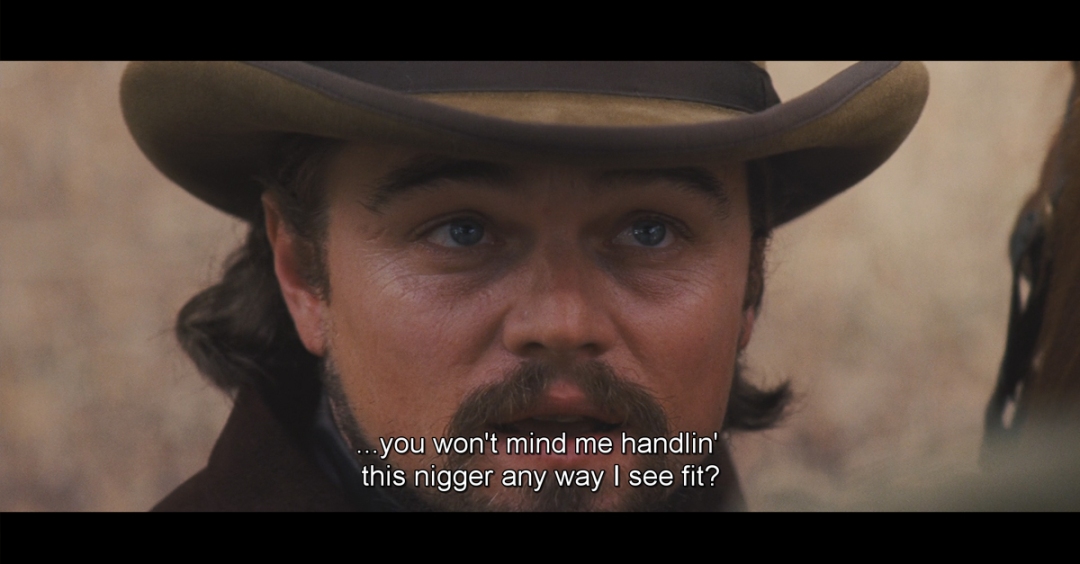 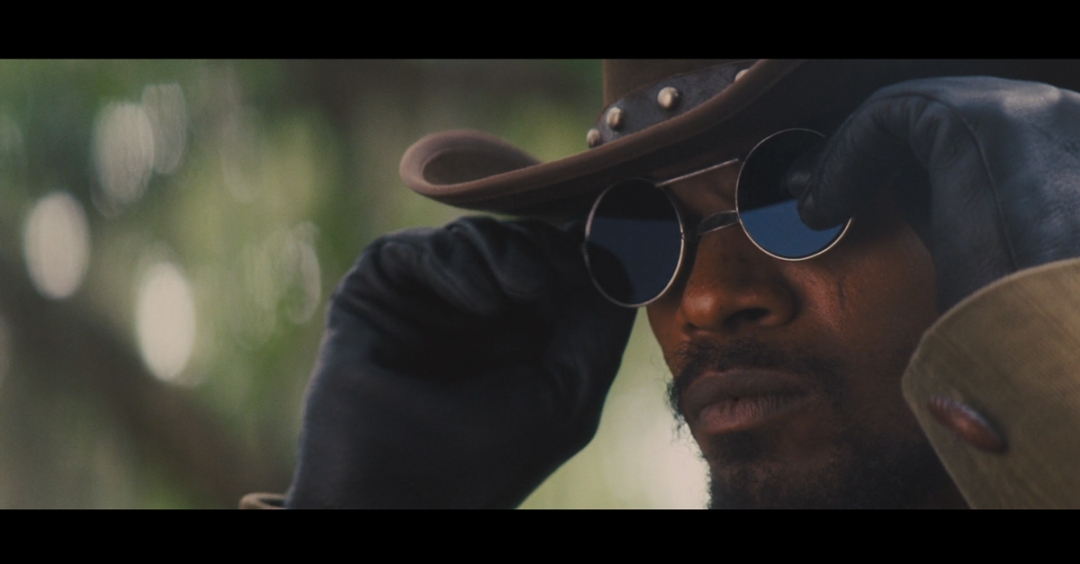 If show, don’t tell, is a maxim applicable to movies, actions speak louder than words is its real-life match. If you evaluate the bulk of what Django does, how can we consider him heroic? We are what we do, despite of our good or bad intentions.

Django does all this, so he can re-unite with Broomhilda, his loved one. It’s a worthwhile cause. Even a heroic one. But this is not redeeming heroism. In the same way Prince Charming doesn’t represent white people when he kisses Sleeping Beauty. In the same way that Shrek getting with Fiona does not symbolize ogres’ worth. Django’s is a singular and selfish heroism.  He’s not worthy of his own Memorial Day.

I’m not the messiah, but you can follow me: